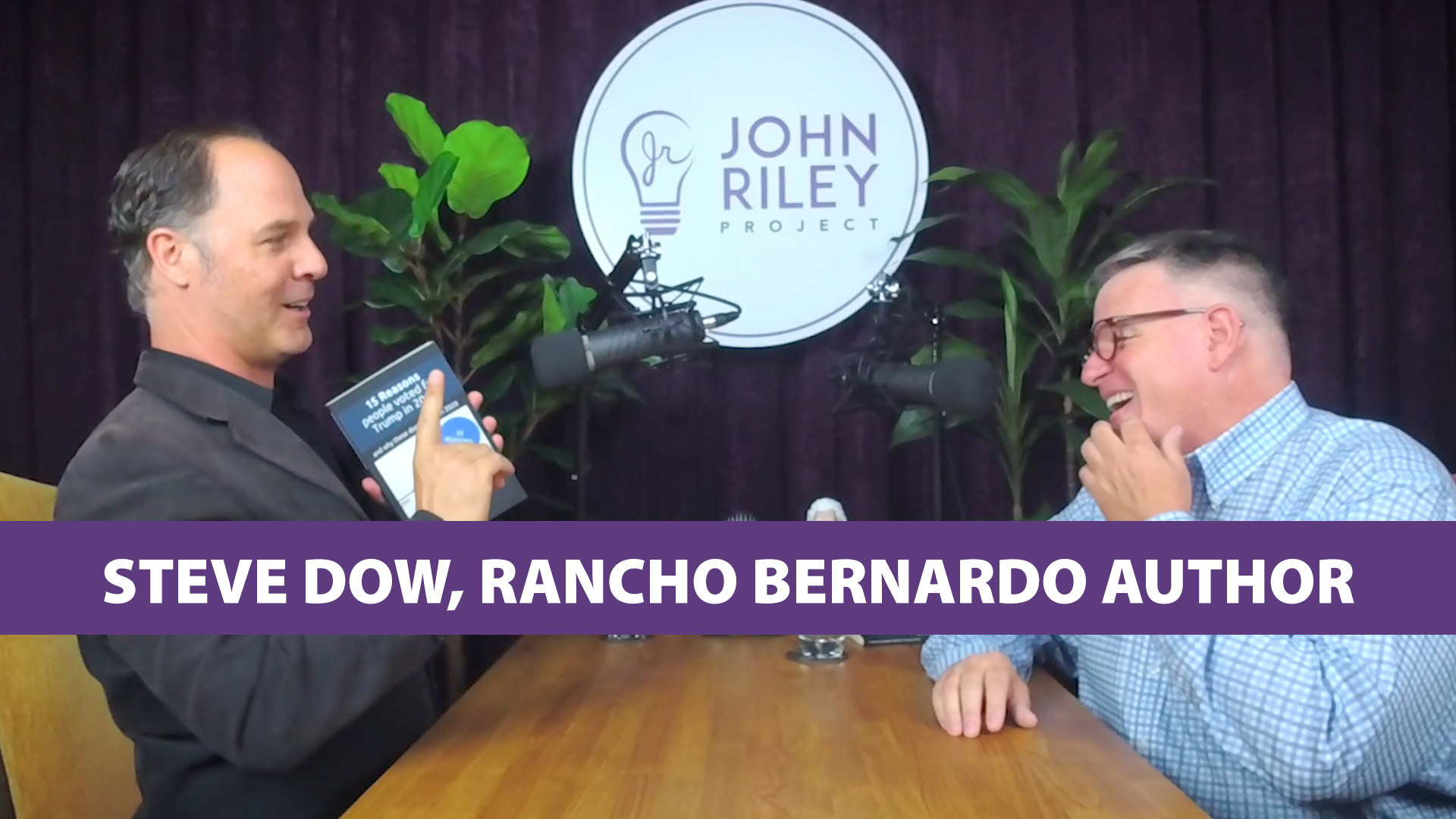 Rancho Bernardo author, citizen and independent voter, Steve Dow, joined us to discuss his new book: 15 Reasons People Voted for Trump in 2016 and Why These Don’t Apply in 2020.

We traced his roots growing up in New Jersey, reliving the 1985 Villanova Wildcats NCAA victory over Georgetown, and his degree in civil engineering and minor in peace & justice. Then we got into his career, meeting his wife Gaby Dow (a previous guest on the John Riley Project), building a family and being a father and role model for his children.

Then we get into his book, his pent-up need to express himself and the free-flowing stream of consciousness as he wrote the book.  Steve shared a few of the “reasons” in his book and we take time to explore those Trump topics and enjoy adventures on a variety of tangents.

I was given a copy of the book in advance and I found Steve’s presentation to be rational, transparent (Steve will share his biases where they exist), often balanced and supported by well respected sources. It is my opinion that even the strongest Trump supporters will likely agree with many of Dow’s 15 reasons listed in his table of contents, even if they disagree with him on his presentation.

15 Reasons People Voted for Trump in 2016 at Amazon