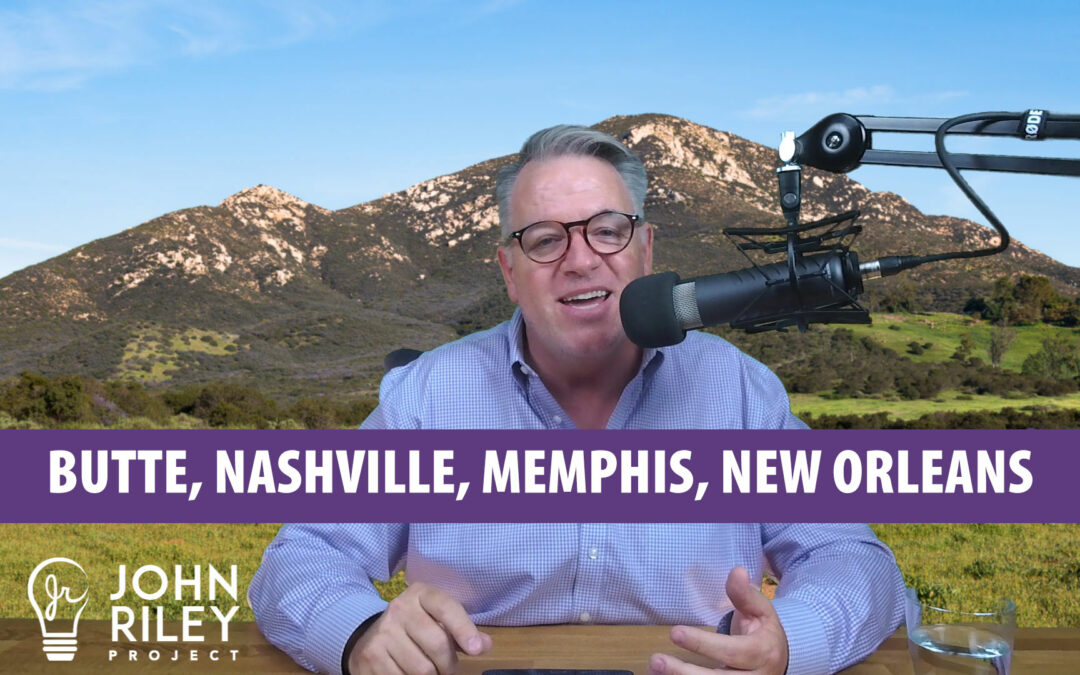 A whirlwind 2-week trip that included themes of civil rights, liberty and equality. A journey taking in the sweet sounds of country music, blues, jazz and rock ‘n roll. A personal tour that experienced the expanse of Big Sky Country and the narrow alleys of Bourbon St.  Special people and places that connected us with family both today and yesteryear.  There was so much to share in our trip that touched on the themes we discuss frequently in this podcast including entrepreneurism, liberty, electric vehicles, ancestry and so much more.  I hope you enjoy Butte, Nashville, Memphis and New Orleans as much as we did.