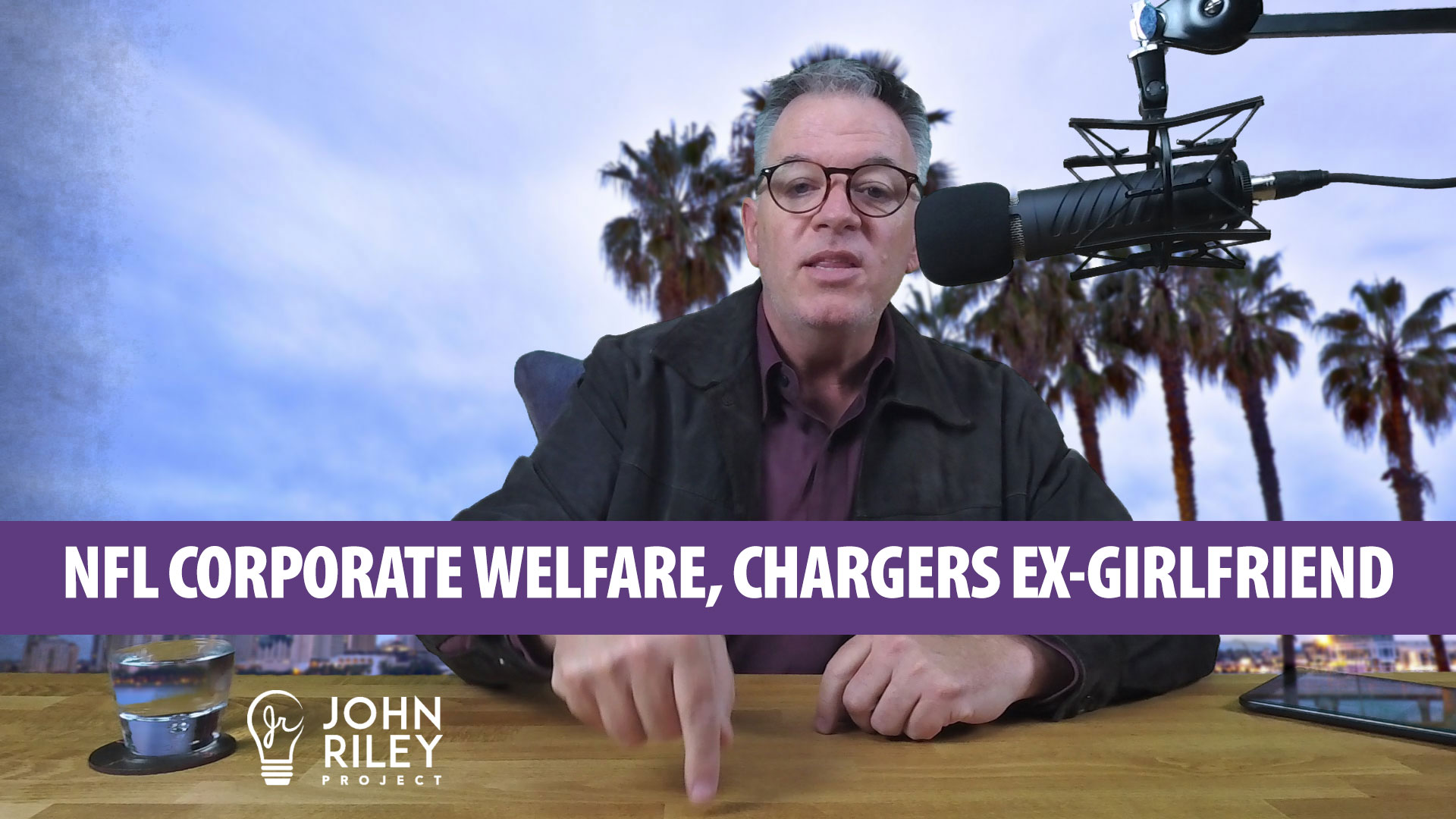 I was considering a number of topics for today’s podcast, but when I read Nick Canepa’s article today longing for his ex-girlfriend, the San Diego Chargers, I knew I’d have plenty to say.

You can check out Nick’s article at this link: https://www.sandiegouniontribune.com/sports/columnists/nick-canepa/sd-sp-canepa-machado-padres-chargers-20190305-story.html

The Padres signing of Manny Machado is a great moment for San Diego, but even when we get some good news, Nick needs to keep bringing up his old ex.  She’s the one that got away.  How could we let her leave like that?

I break down the problems with the Chargers during their final 20 years in San Diego.  We get into their demands for corporate welfare from taxpayers, the infamous ticket guarantee funded by taxpayers and California’s trend of privately financed stadiums.  We’re not only seeing this type of cronyism with professional sports teams in America, but with major corporations like the recent HQ2 initiative launched by Amazon.

I also get into my declining interest in the NFL largely due to CTE concerns, feeling leveraged by owners and the NFL commissioner, off-the-field behavior by some athletes involving murder and assault, the culture of the league, the declining performance of the Chargers and even the nationalist propaganda offered up by the NFL.  We also offer up plenty of commentary on Dean Spanos, Ron Fowler, Peter Seidler and even get in some mentions of OJ Simpson, Jim Plunkett, Billy Ray Smith, Junior Seau, Aaron Hernandez, Rick Barry, Clifford Ray and Keith Wilkes.  Yes, this is my first podcast mentioning OJ Simpson.  I have hit the big time!

But in the end, Nick needs to get over it.  Let’s focus on the reality of San Diego sports today rather than pining for your old flame or dreaming about another girl that doesn’t yet exist.