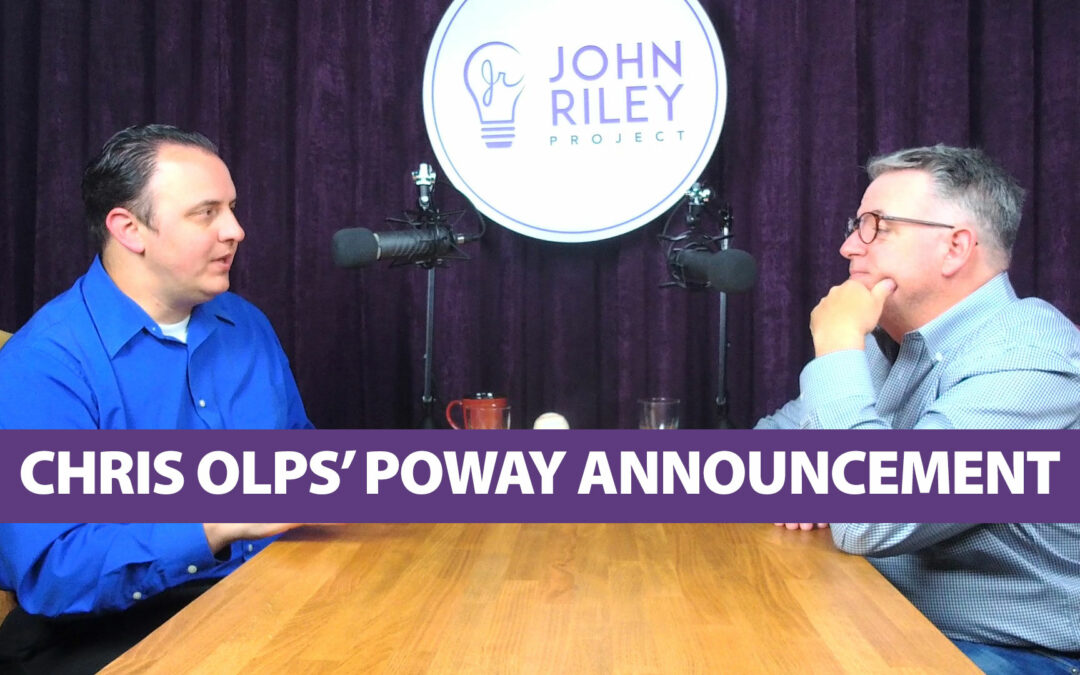 Chris Olps joined us to make his official announcement as a 2020 candidate for Poway City Council.

We covered Chris Olps’ life story his family renting a home near Twin Peaks Rd and Community Rd and then later buying in The Grove.  His formative years in Poway shaped Chris where he played Little League at Tierra Bonita Elementary School, rode his bike to Lake Poway, and learned to swim at Rancho Arbolitos Swim & Tennis Club.  Chris participated in the Poway High wrestling program, the swim team and the water polo team.  Chris also worked as a lifeguard for 2 summers at Poway High.  Chris’ roots are in Poway and he is proud to call it his hometown.  Now Chris and his wife and son own a home in the Garden Rd area of Poway.

Chris Olps volunteered on the site council at Garden Road Elementary School and was an appointee on the City of Poway’s Budget Review Committee.  We retrace Chris’ previous campaigns, the appointment process for other city council openings and Chris’ learnings and observations along the way.

So many other issues are discussed including the Poway Road Specific Plan, the challenge with building up to the sidewalk (no setbacks) and the problems with widening Poway Rd, finding an additional east-west route and traffic issues in Poway.  We spend time discussing various projects in Poway including The Outpost, the Poway Community Center (The Mickey Cafagna Center, or the Poway Multi-Generational Center) and the Espola Rd project.  So many names come up in the conversation including Mayor Steve Vaus, John Mullin, Barry Leonard, Dave Grosch, Caylin Frank, Torrey Powers and more.  We discuss the financial challenges facing Poway and strategies to prevent future deficit spending.