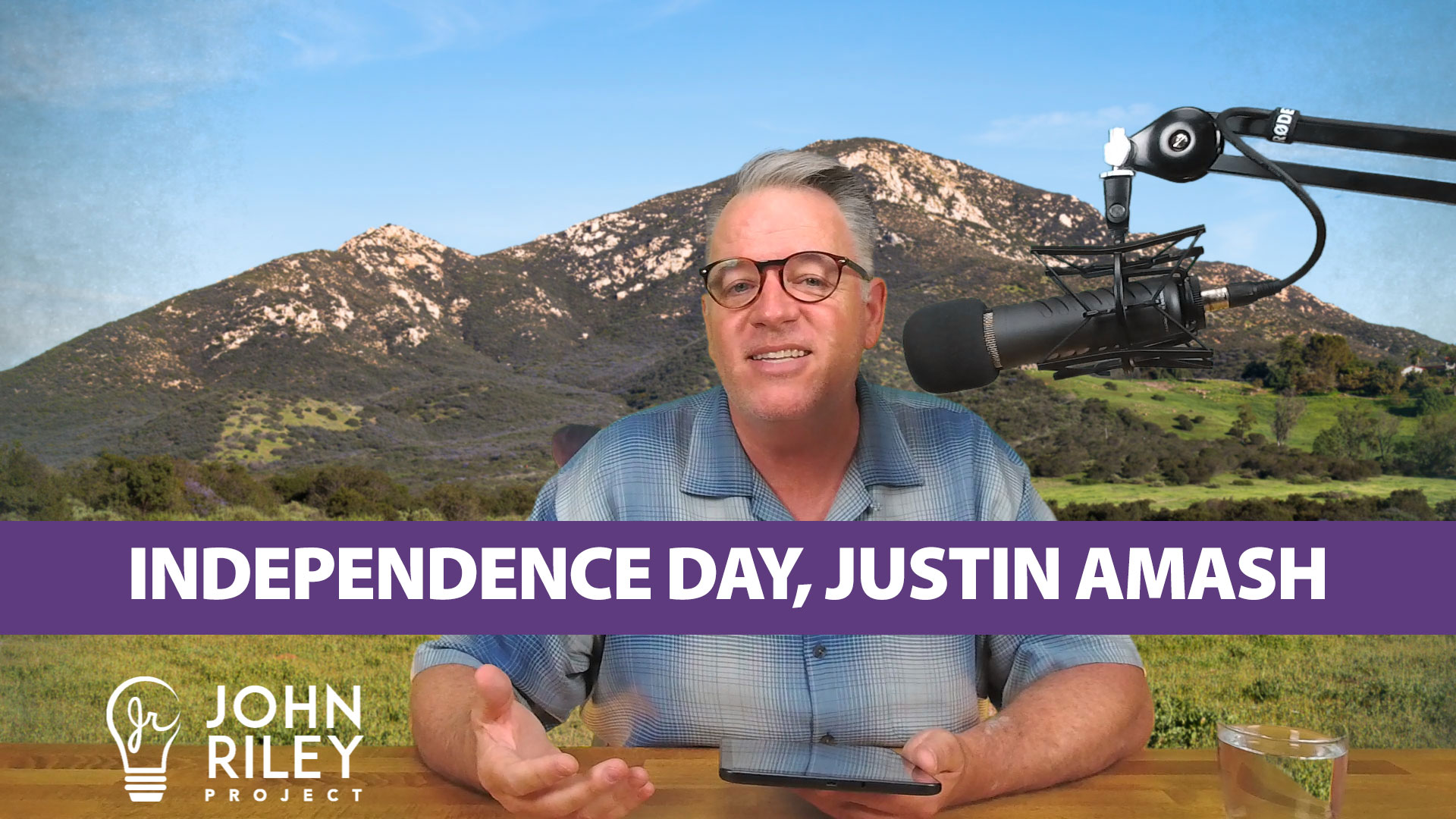 In this episode we cover The Declaration of Independence, Justin Amash’s own declaration of independence from the Republican Party and News & Notes in DC and here in Poway.

We start off with Congressman Justin Amash (I-MI) and his statement of leaving the GOP.  Or, did the GOP actually leave Amash?  We get into Amash’s record as a bold, principled and transparent congressman and a staunch defender of the Constitution and individual rights.  We explore Amash’s criticism of the GOP and the Rep/Dem duopoly.  We discuss Amash’s brand as a fiscally conservative, free market, small government, Bill of Rights, non-interventionist, economic freedom, individual liberty representative and how the GOP has largely abandoned those values.

“I follow a set of principles; I follow the Constitution. And that’s what I base my votes on. Limited government, economic freedom, and individual liberty.” – Congressman Justin Amash

“As we gather with family and friends to celebrate the July 4th holiday we should remember that we are not celebrating the state, but rather commemorating an act of secession from an oppressive government.” –  Former Congressman and Presidential Candidate Ron Paul