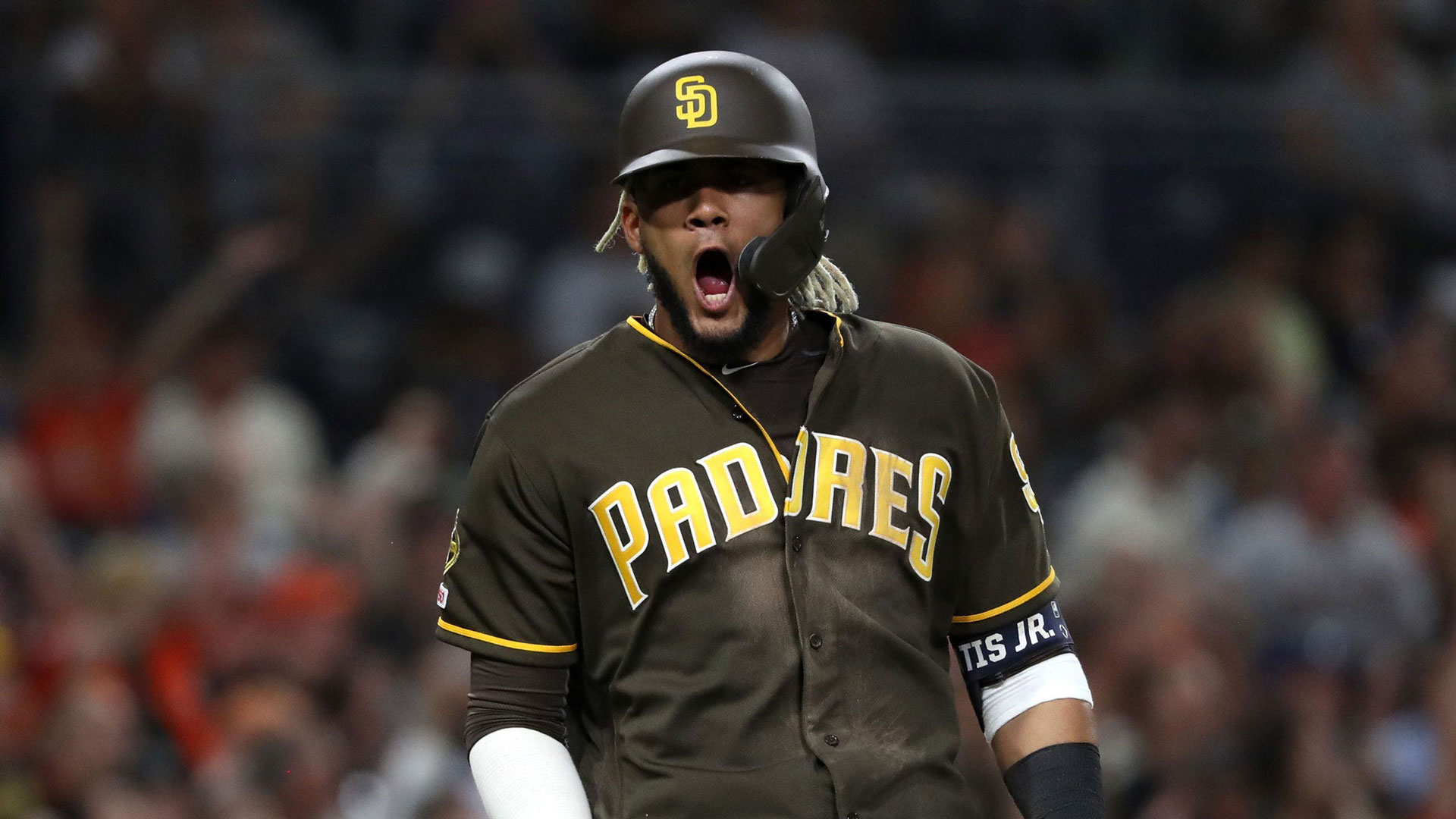 On Tuesday August 17, 2020 Fernando Tatis Jr. hit a grand slam against the Texas Rangers to help the Padres to a big 14-4 win.  But now he is apologizing for his success?  What is going on here?

This goes to the so-called “unwritten rules” of baseball.  The San Diego Padres were leading 10-3 in the top of the 8th inning.  Tatis was at bat, the bases were loaded, and the count was 3-0.  In that situation, the pitcher needs to throw a strike or risk walking in a run.  Often, but not always, a player will take a 3-0 pitch, especially when the pitcher is struggling.

Instead, Tatis crushed the pitch putting it over the right-center field fence.  The grand slam put the Padres up 14-3.  It was his second home run of his 7 RBI night.  Tatis showcasing once again how he is the most exciting player in baseball.

But the controversy swirled around the fact that the Padres were up big late in the game.  According to these “unwritten rules” Tatis was supposed to take that 3-0 pitch.  He was supposed to “respect the game” by not showing up the pitcher.  That’s what angered Rangers Manager Chris Woodward.  That’s why Padres manager Jayce Tingler referred to it as a “teaching moment”.

But why should the most exciting player in baseball sacrifice his own interests so the other team’s pitcher doesn’t feel bad about himself?

This is much more than a baseball situation.  These “unwritten rules” come from our culture and how people want society to work.

Essentially, they don’t want the other person to feel bad.  They don’t want winners to celebrate their winning because it makes their opponents feel less valuable.  This is the kind of misguided mentality that leads to participation trophies for kids’ sports.  It’s an idea meant to lift people’s self-esteem through artificial means, which ends up having the opposite effect of damaging one’s self-esteem.

This version of morality runs deep in society and goes back thousands of years.  It’s the morality of altruism which is all about acting to help someone else at some cost to oneself.  In this example, the “unwritten rules” of baseball demanded that Tatis sacrifice a great opportunity to crush a ball with the bases loaded in order to help the pitcher feel better, get some mojo back and incrementally improve the count at the plate.

But why should Tatis do this?  He is an athlete that is paid for performance.  Home runs, RBI and big hits will be discussed during his next contract negotiation.  His ability to hit grand slams and add excitement to the game will help him win high paying endorsements.  So why should he take a fat 3-0 pitch down the middle with the bases loaded knowing that if he puts it over the fence it will lead to greater rewards for himself?  He shouldn’t.

Tatis should instead pursue his own self-interest.  The right thing for Tatis to do is hit that ball as hard as he can.  In doing so he benefits himself, he helps his team win, he brings positive energy to his teammates, he thrills his fans in San Diego and around the world, and he helps make the game more exciting.  By pursuing his selfish interest, he benefits himself while also benefiting those around him.  Sure, that pitcher will give up that home run, but that’s the nature of a competitive game.  Players compete.

Plus, how many times have hitters heard from coaches since they were young: “Never give up on an at bat!”  Tatis was doing what he was taught and what was entirely natural and instinctive.

This notion of pursuing your own self-interest is regarded as an immoral act by those that believe in altruism.  They believe you should live for others.  That other people’s happiness should be your highest value.  But don’t we have inalienable rights to our own life, our own liberty, and our own happiness?  In fact, we do.  Living a flourishing life…  being all that we can be…  should be our highest moral value.

When you are in the arena competing, and if you are competing fairly, with integrity and within the *actual* rules of the game, then the feelings of your opponents are inconsequential.   Your opponents’ feelings are not your responsibility.

This also applies to life outside of sports.  If you are in a competitive career, should you reduce your productivity, so others do not feel bad?  Of course not.

But still, some will demand you apologize for your success.  Tatis, being only 21 years old, found himself in that awkward position of having to apologize for hitting a home run.  In this case, he was getting bad advice from his manager, Jayce Tingler, who not only was stuck on the “unwritten rules” but also had a heightened level of empathy with the guys in the other dugout that were his former colleagues.  But still, Tingler was wrong and he has since walked back those comments about this being a learning opportunity for Tatis.

Thankfully, this view of morality is changing.  Those old school rules are becoming less and less important.  In fact, superstars like Hall of Famers Johnny Bench and Reggie Jackson have come out in support of Fernando Tatis.  Former NFL player Maurice Jones-Drew recently tweeted: “I don’t normally watch baseball but I’m gonna start watching the Padres break all the unwritten rules.”  Even Tatis’ own teammate Zach Davies said that the pitcher should have thrown a better pitch.  In all of the swirl and chatter of controversy 24 hours after the event, well over 90% of the people were supportive of Tatis’ decision to swing away and ignore the “unwritten rules”.

So, what does this mean for you in your life?

I leave you with two quotes that approach this topic from different angles:

“I see man as a hero. With his own happiness as his moral obligation; productive achievement as his noblest activity and reason as the only absolute.”  – Ayn Rand

Since Harvard professor Laurel Thatcher Ulrich coined the phrase, “Well-behaved women seldom make history” in the 1970s, those words have become a slogan for girls hoping to break the mold.

So, break those unwritten rules!