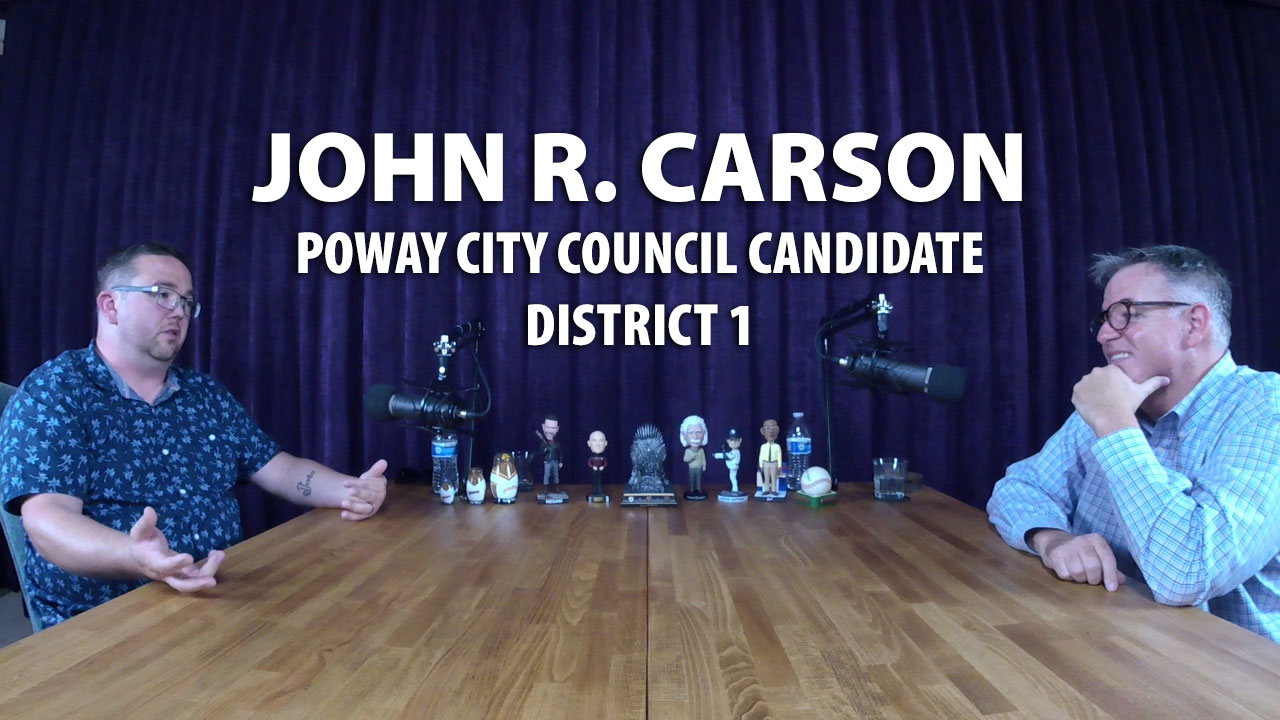 My most recent podcast guest is John Carson, a candidate for Poway City Council in District 1.  John and his family have established roots here in Poway and he wants to be a part of Poway’s future.  He lives in Heritage Hills, roughly behind the Poway Sushi Lounge, and only 200 steps from Poway Rd.  Because he lives closer to Poway Rd then probably any other candidate, he has a vision that is different than the current Poway Rd Specific Plan.  John is a supporter of development, but he wants to see more ranch style buildings consistent with Poway’s country feel that are further set back from the street.  The current plan allows for buildings to be built right up to the sidewalk.  While that may work on Escondido’s Grand Ave, he doesn’t think that matches the character of Poway.  John also wants to see the architecture of each building fit in an overall theme approved by the city council rather than a random collection of buildings (which essentially is what we have now).

John Carson took the time to walk us through the entire story of the alleged Brown Act Violation in the parking lot behind Mainstream Bar & Grill, the reasons and actions he took contacting the District Attorney and the resulting reaction from city council members and the inaccuracies of the local press.  John also shared other stories at Mainstream running into city council candidates and challengers.

John told me his personal story starting in Indiana until he was 14 and then later in south central Kentucky.  John went into the marines and was in boot camp at Parris Island, South Carolina on September 25, 2001.  John later went to Okinawa for 2 years and enjoyed the people, the climate and his overall quality of life.  He shared stories of being in combat in Iraq over multiple deployments spanning a period of 2 years.  His experience in the Marine Corps instilled in him discipline, integrity and a strong moral compass.  Throughout our conversation he often referred to himself as a Marine.  It is a core part of his personal identity.