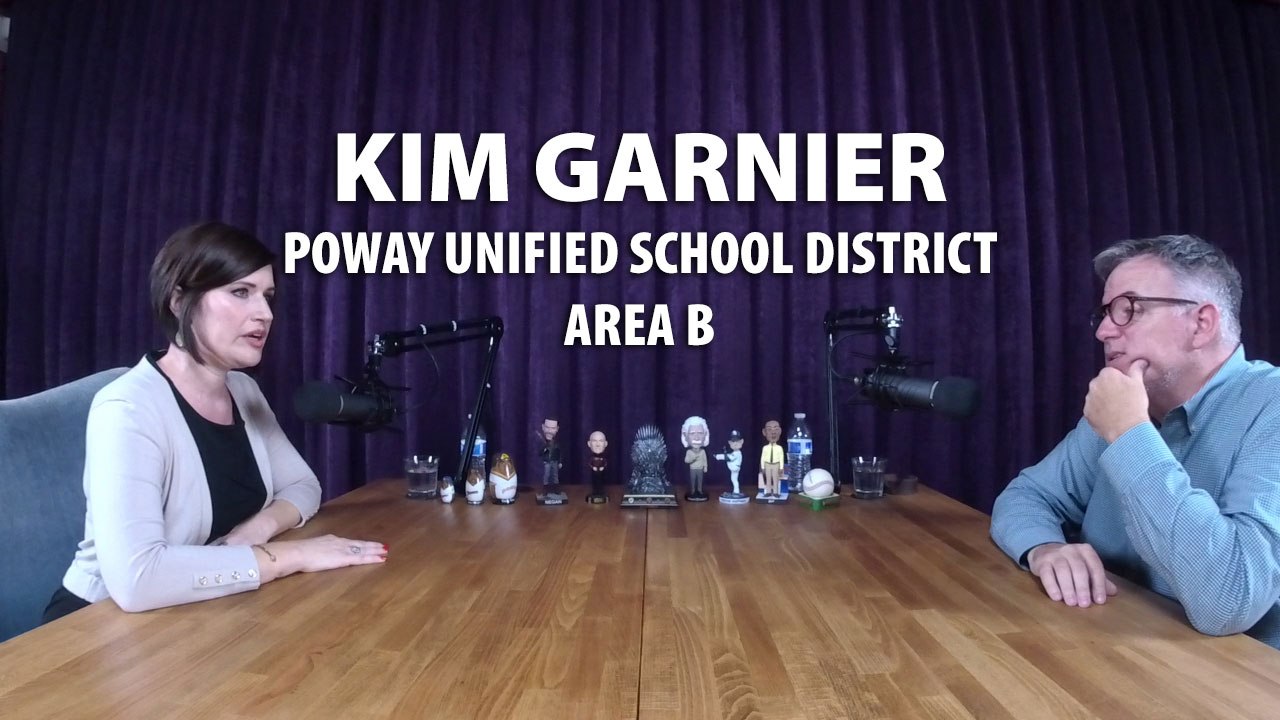 Poway parent and education advocate Kim Garnier joined me on the John Riley Project Saturday afternoon October 6th.  Kim is a candidate for Poway Unified School Board Area B.  She and her family have a long history fighting against the corruption in the school district and fighting for the rights of students and parents.  This was a fascinating discussion, particularly going through the entire history of the activism of Kim and her husband Chris Garnier and the challenges they have faced along the way.  It was also incredible to learn the depth and commitment of the Garnier family to public education at the local, national and international levels.

Kim Garnier believes the budget is one of the key topics of discussion because it is a reflection of priorities of the district.  We explored special needs students and the challenges they face.  She shared a story of the school district falsely categorizing a student as violent (without documented evidence) and insisting the child be banished to an alternative school outside the district at a cost of $35K/year.  With Garnier’s help, this student and parents had their rights protected and the child was assigned to a different PUSD school where the child is thriving and no extra costs are incurred.  Garnier spoke at length about reprioritizing school district priorities so more resources can go to the classroom to support the student, rather than being wasted in foolish legal battles, or disproportionately going to teacher raises while other classroom resources suffer.  Kim Garnier did not seek the teachers’ union endorsement.  Instead she sees herself representing the “union” for students and the “union” for taxpayers.  Ultimately Garnier wants to change the conversation, provide more innovative educational strategies to make Poway students competitive on the world stage and do it while balancing the budget.  She truly wants to make the students the top priority.

We also spoke about other topics including school safety, Chula Vista Unified surpassing Poway Unified, finding future focused minds to bring new ideas forward, her family’s trip to Hong Kong and her observations in the classroom and teaching style in a foreign nation, stale ideas at PUSD, resistance to change, vocational training, standing up for the truth, questioning things, sexual harassment in the school district, Mama Bear, protecting the little guy, parents not understanding their rights when interacting with teachers and principles, diversity as both a challenge and a strength, dual-language immersion, melting pots and jambalaya, cat litter, her roots in the Poway/Rancho Bernardo community, her current positive relationships with her own elementary school teachers at PUSD, the corruption of attorney Shinoff, the Billion Dollar Bond (CAB), Dolinka and “I’m here for you”.

It was particularly interesting to get the whole story on the Garnier family saga at PUSD.  Their relationship with John Collins started out as one of love, friendship and mentorship, only to devolve into a fierce battle.  Kim Garnier traces the history starting with Chris attempting to defend the rights of a black child that endured racial slurs, but getting thwarted and manipulated by Collins and his staff to prevent Chris from representing the child.  This led to an attempt to reconcile where Chris opened up and had his own words used against him.  The story then evolved to a restraining order that prevented him from setting foot on his own child’s campus and a ugly legal battle.  There is much more drama and detail that Kim shared in our podcast that gives you a sense of the motivations of the Collins/Shinoff regime and an inside look at the corruption occurring behind the scenes.  The drama continued to unfold to the point that Collins was discovered stealing money from school funds, later being dismissed by the district and eventually found guilty in a court of law.  The entire process is moving and gives one a great respect for the challenges and stamina of the Garnier family to endure the stress and ultimately come out victorious.