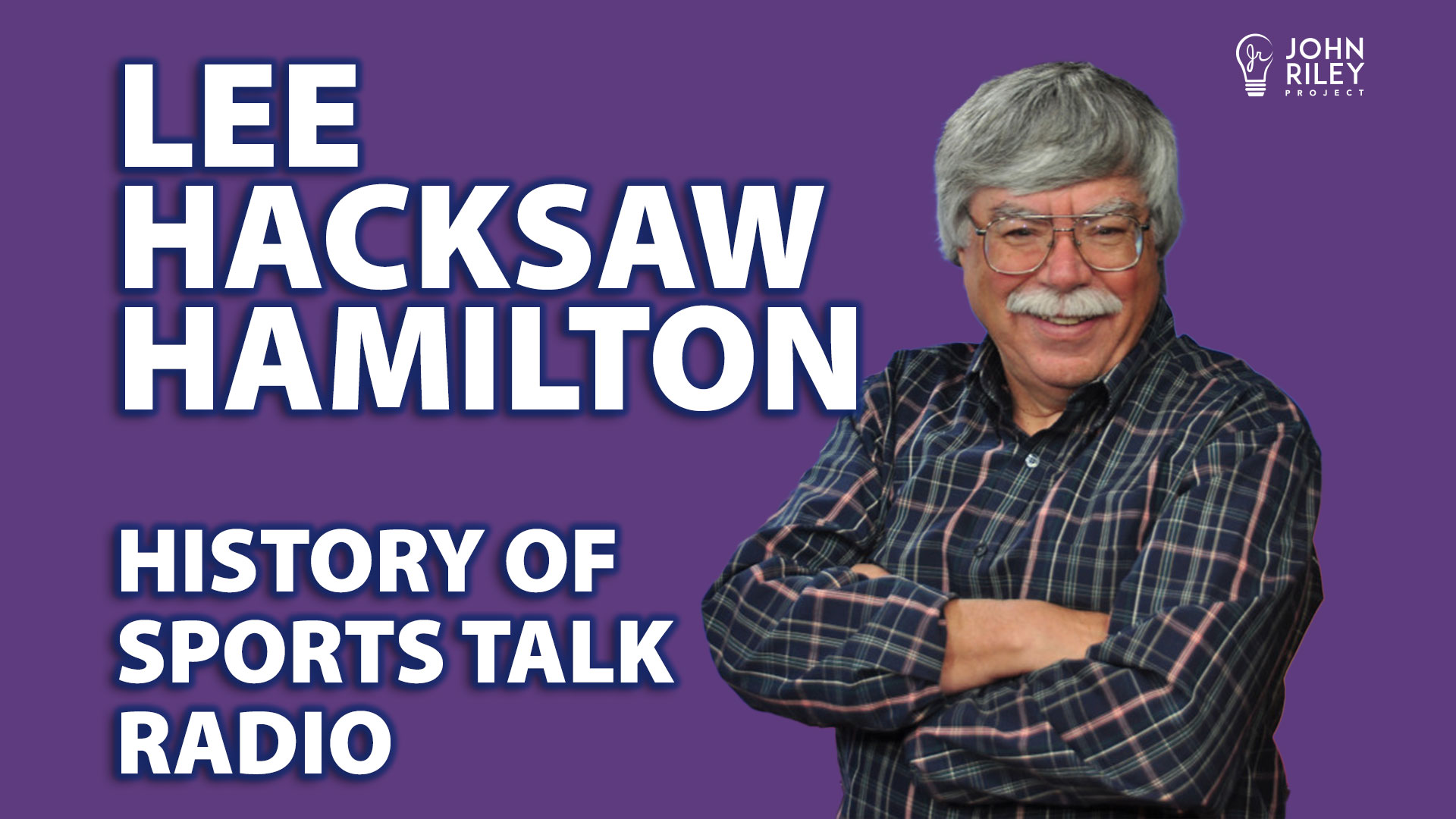 Hacksaw and the History of Sports Talk Radio

Lee shared his Long Island roots and the start of his radio news/DJ career in his college days on a radio station in Appalachia.  After a great run broadcasting pro hockey in Cleveland, he took his talents to the desert to announce Arizona State football and basketball. Hacksaw also hosted a sports talk show on KTAR in Phoenix shocking the locals with critical comments of ASU’s football suspension, the Suns getting blown out in the first round of the 1981 NBA playoffs, and the ineptitude of Bowie Kuhn during the 1981 MLB strike.

Hacksaw’s reputation in Arizona led to a 1986 phone call from the Noble Broadcast Group in San Diego to be the San Diego Chargers play by play guy and start a sports talk show on the Mighty 690.  At the time the station was broadcasting rock n roll and Wolfman Jack. Little did they know that things were going to radically change in the next few years.

Lee was the only sports guy in the entire station, and he started with a blank slate.  How in the hell was he going to pull this off? He started by creating a 9-hour NFL Sunday broadcast with a 2-hour Countdown to Kickoff pre-game show, the live game, and then a post-game show with caller participation.

Meanwhile, every afternoon drivetime Hacksaw hosted his talk radio show using many of his provocative techniques to drive listenership. Lee was a sensation bringing sports facts, stats, and opinions in the late 1980s. He was the internet before the internet was a thing.

After a brief transition to sports and news talk, the station went 100% sports starting in 1989. The Mighty 690 was the 3rd radio station in America to go all sports, and the first on the west coast. 690 had a “blowtorch signal” that carried Lee’s show from “Baja to the Canadian Rockies”

As 690 went all sports, many new voices took the microphone to create a wide variety of opinions and styles on sports talk:

Jim Rome came on board to start his Scrub Saturday show. He later got the night shift right after Hacksaw’s show, working on developing his style, his smack, and his clones. Rome later went on to national fame, but did you know Hacksaw was first offered the national gig prior to Rome but he turned it down.

Steve Hartman joins the station and with Lee’s recommendation he was paired up with former Monday Night Football producer Chet Forte.  Two loudmouth guys: one young, one old, one west coast, one east coast.  It was perfect.

Steve Mason and John Ireland took on the morning show and later saw their careers take them to new places.

The Coach John Kentera joins the station sharing his wealth of knowledge of local high school sports, plus offering his commentary on the San Diego pro and collegiate sports teams.

Hacksaw on the Chargers: I root for Herbert to Win, but Spanos to Lose

As a long time voice of the San Diego Chargers play-by-play, and as an NFL junkie, Hacksaw was right at home broadcasting the Chargers every Sunday.

We retrace some of the magical moments of the Chargers Super Bowl season including stories about Bobby Ross, Stan Humphries, Stan Brock, Tony Martin, Dennis Gibson, and the playoff run against the Dolphins in Steelers. We reminisce about the good vibes as both the team and the community both came together in a very special way.

After the 1997 season The Mighty 690 lost its broadcast rights to the team, breaking promises made to the station and to Lee personally to stay on as the play-by-play guy.  Hacksaw was very disappointed with the decision, but he bounced back and was the play-by-play guy for the Seattle Seahawks for 3 seasons.

So, how does Hacksaw feel about the Chargers now? He says he wants the kid quarterback Justin Herbert to go 17-0 and the owner Dean Spanos to go 0-17.

In the podcast episode we get into the new Snapdragon Stadium, Lee’s disappointment that the Soccer City proposal did not win thus guaranteeing an NFL stadium option, and the possibilities of the Aztecs joining the PAC-12.

Could this be the start of a new podcast platform for Lee Hacksaw Hamilton?  “Agree or disagree?”  “I want to talk sports with you!”

Get proven and easy-to-implement strategies to build your business and pursue your happiness. Sign up now. It’s FREE! https://johnrileyproject.com/