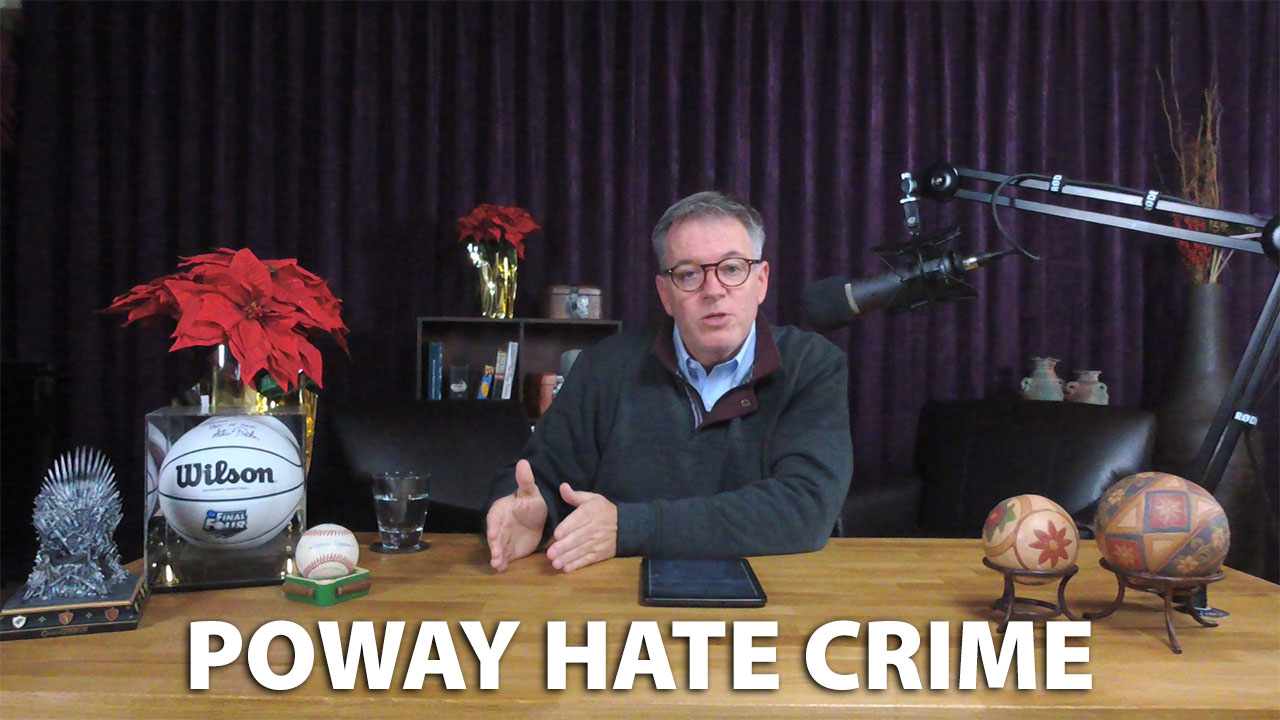 We review the terrible Poway Hate Crime incident when hoolums spray painted a swastika on a Jewish family’s home on the first day of hanukkah. Bravo to Marianna Benedict-Bacilla for organizing a vigil and protest that received significant coverage from local media.

Naturally this get us into the idea of why we call it a Hate Crime in the first place.