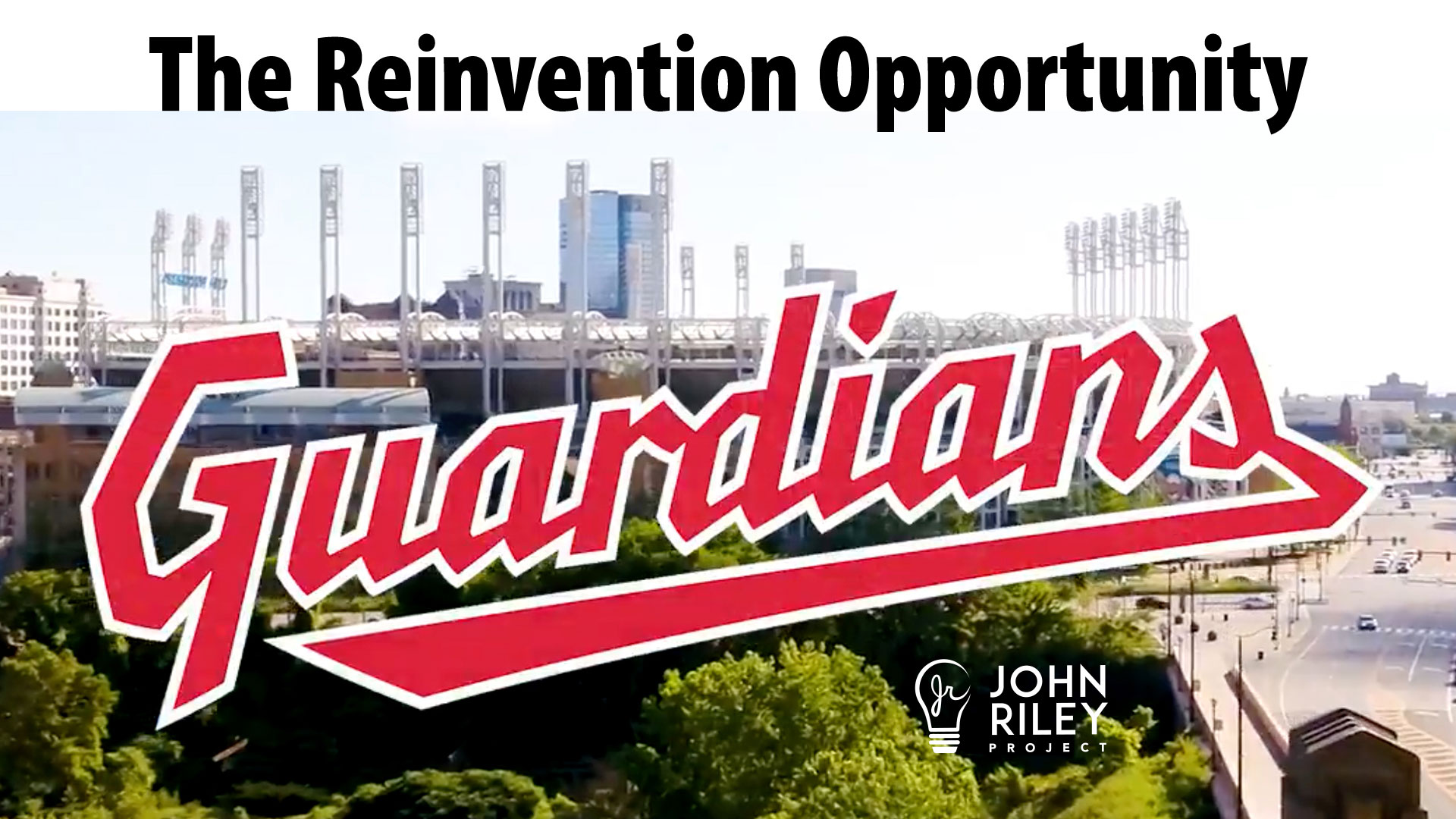 The news just broke today that the MLB franchise in Cleveland is changing its name from the Indians to the Guardians.  I like this decision.

The End of the Indians

Of course, this name change is a long time coming.  Stanford University abandoned the Indians mascot 50 years ago.  In this new era of woke culture, there is heightened sensitivity to these things and corporations want to make sure they are aligned with the sensibilities of their customers and community.

As a person of Irish ancestry, the cartoonish Notre Dame Fighting Irish mascot doesn’t bother me at all.  But I get that the Indians’ Chief Wahoo icon was insulting to others.  It was like a corporate version of blackface.  There were plenty of negative stereotype scenes in the movie Major League as well.  Now the Cleveland baseball team is going the full distance and changing their entire brand entirely.

Connecting a Mascot with a City’s Roots

I find the topic of sports mascots fascinating.  Most good mascots have a story that connects the team’s name with their city and region.  Some good examples include the San Francisco 49ers, Miami Marlins, New England Patriots, Detroit Pistons and Orlando Magic.  This makes it easy for the team to connect and build roots in their local community.

Other teams have stuck with their brand, even after moving to new cities.  Some of the mascot inconsistencies are bizarre. Why did the Utah Jazz retain the team’s name when they moved from New Orleans, the birthplace of jazz?  Same question goes to the Lakers and Dodgers whose names are drawn from unique features of Minneapolis and Brooklyn.

When I first heard the name Cleveland Guardians, I was a bit confused.  Who are they guarding?  At first, I thought of the movie Guardians of the Galaxy (Groot!), and it made me smile.

But then I learned about the Guardians of Traffic monuments on Cleveland’s Hope Memorial Brand.  This was the reference.  This was something that was authentically Cleveland.  This new name connects with the people in the city both culturally and artistically.  The name evokes strength and protection, like a superhero.

The Opportunity of Reinvention

This is a tremendous opportunity for the owners.  If they execute this rebranding properly, this can translate into tremendous financial upside for the franchise.

The new name creates opportunity to connect with brand new audiences, both in the Cleveland region and across the nation.  Could the Guardians become MLB’s version of “America’s Team”?  The rebranding also boosts the City of Cleveland’s brand from an old rust belt city to a forward thinking, 21st century metropolis.  The updated look opens up new merchandising opportunities and a tremendous surge of energy and interest in the team.  The on-field mascot is going to be awesome.

Rebranding is no small feat.  To do it right requires a great deal of effort.  Marketing surveys must be conducted.  Getting input from the fans helps them buy-in to the process.  Focus groups need to be established with key groups like season ticket holders, players, community organizations, advertisers, and especially Native Americans.  A well-executed corporate rebranding involves “strategic listening” first and foremost.

Then once the name is agreed upon, a massive transformation of the stadium, uniforms, merchandise, and media must be implemented.  Outbound marketing messages and PR needs to be strategically crafted.  There needs to be a carefully executed legal strategy to protect trademarks.

Think of the changes the San Diego Padres went through just for a color change.  It’s no wonder that took 2+ years in execution to get it right.  Cleveland is taking on a much bigger project.

Kudos for the Cleveland Guardians in taking on this massive project.  I wish them success.

So, now who is next?  Kansas City Chiefs?  Florida State Seminoles?  Golden State Warriors?  I am sure someone can make a case for my beloved San Diego Padres too.  Oh no….