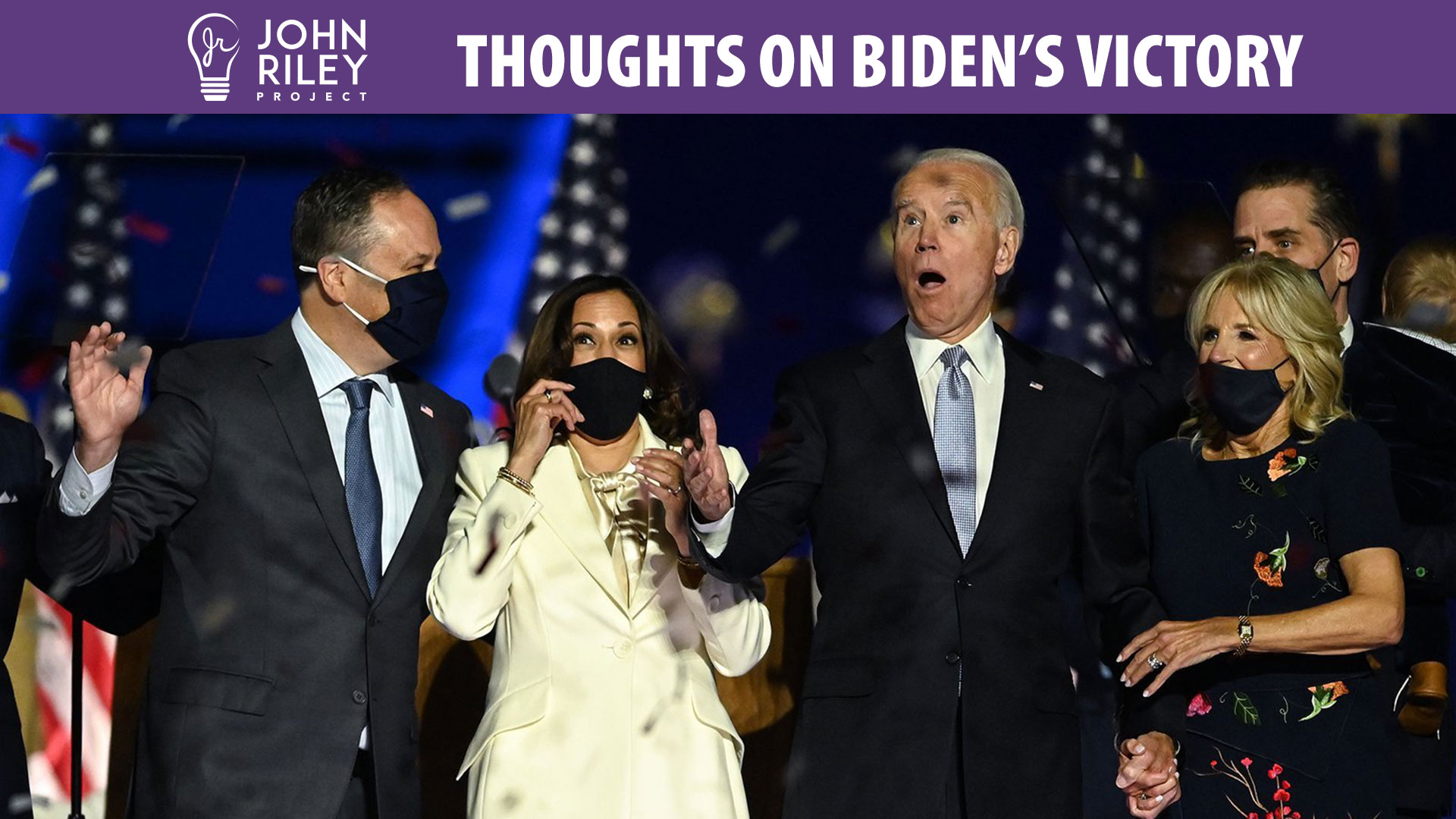 Many people are celebrating the victory of the Joe Biden / Kamala Harris ticket.  It is a new era in American politics.  The 4-year reign of Donald Trump is over which is cause enough for many to express joy and dance in the streets.  But what does a Biden presidency represent, and will it actually be an improvement?

The Trump presidency pushed many misguided ideals such as nationalism, protectionism, and bigotry.  We saw the inflammation of divisiveness and hate.  We experienced fear as a moral justification for rule.  We saw a breakdown in basic human rights all in the name of “law and order”.  Everyone of these cases were a direct conflict with our inalienable rights established at our nation’s founding: life, liberty, and the pursuit of happiness.  The welcoming of immigrants, equality before the law, freedom of trade and laissez-faire economics were all diminished in the Trump era.  Of course, Trump was not alone.  This has been occurring for many decades, but Trump escalated and accelerated the problem.  But still, the removal of Trump was a case of Addition by Subtraction.

We are also realizing Kamala Harris as the first woman successfully elected on a presidential ticket.  There is celebration not just in her gender, but also in her Indian and African American ancestry.  Her election is symbolic of the possibilities available to people in America.

So now we are about to go through a 2+ month long process of the changing of the guard, including many legal challenges to the election.  At some point, Joe Biden and Kamala Harris will be inaugurated.  We are about to begin a new era in American politics.

But what can we expect?

I appreciate Joe Biden’s message of trying to bring the nation together.  He often speaks of being the president of not just the red states and the blue states, but instead the president of the United States.  He seems like he legitimately wants to turn down the temperature of heated debate, heal wounds and find a way to move forward as a nation.

I remain concerned about Joe Biden’s history as the author of the 1990s Crime Bill that escalated many of the problems we have now with criminal justice.  I have concern with Kamala Harris’ history as a prosecutor that wrongfully made the criminal justice problem worse.  In many ways, I think these two are the wrong people to solve these problems.  But I am willing to give them a chance.  Their words on the campaign trail were hopeful on these issues.  The proof will be in the pudding.

Joe Biden has an aggressive agenda on healthcare, climate change and many other issues.  In some cases, he is proposing good solutions and in other cases very damaging prescriptions.  It is a mixed bag.  I am hopeful that gridlock will stop the bad policies, but it often works the other way where Democrats and Republicans self-congratulate themselves on the bipartisanship of terrible policies like the War on Terror and the War on Drugs.

So, I remain concerned.  While I am thankful we are able to turn the page on Trump, I find difficulty in embracing Biden’s policies.  I think Biden is a genuinely good man, but I think his instincts can be misplaced and he is open to getting bad advice.

I heard a little bit hope in both Biden and Harris’ acceptance speeches on topics of freedom and possibility, but it mostly rang hollow with me.  If they follow through on their proposed agenda, we will see more power and control in Washington and less individual liberty to determine our own course in life.

I knew going into this election it was going to end up with a negative result.  Neither Biden or Trump embraces the concepts of self-ownership and individual rights that I treasure so dearly.

At this point, I am simply thankful that Trump has been removed.  It is Addition by Subtraction.  Then let us see what the future holds.