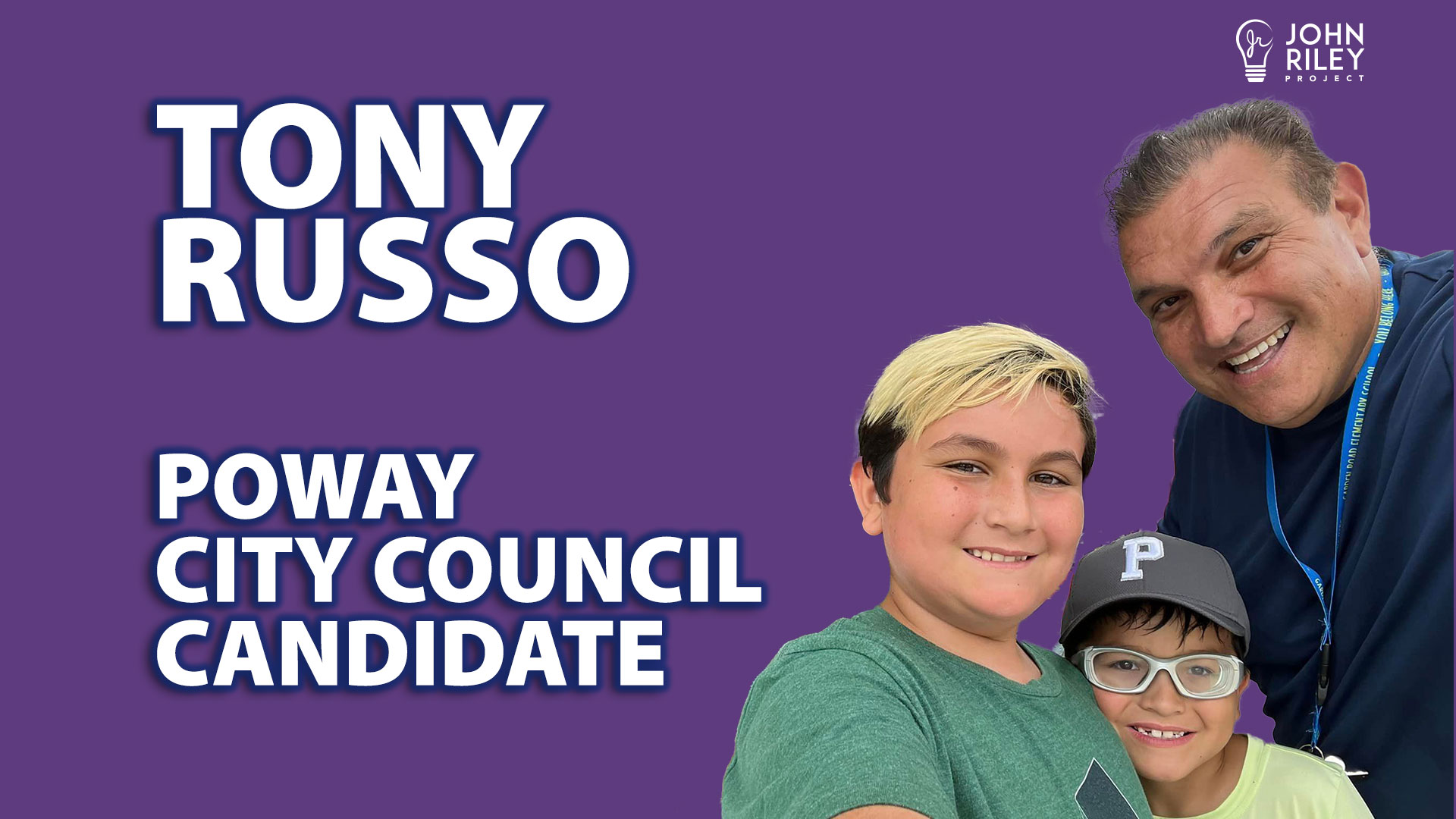 Tony Russo is a candidate for Poway City Council District 3. I live in District 3, so this was a great opportunity to learn more about Tony Russo’s campaign for Poway.

Lack of Trust from Poway Officials

We started by discussing Tony’s experience at the Green Valley Civic Association and Poway Chamber’s Candidate Forum. His competitors were stressing safety as their key priority. Tony disagrees. He feels there is a serious lack of common-sense policies, transparency, trust, respect, and honesty from City Council and city officials. Tony Russo expressed how the people of Poway are angry and frustrated.

Tony shared his thoughts on The Farm in Poway and the frustration of Stoneridge neighbors as they see new homes being built close to their property. He asked why The Farm is being built so quickly, yet some of the projects on Poway Road are moving much more slowly.

Tony Russo expressed his surprise at the tremendous amount of money being spent to fund one of his competitors and other candidates in Poway. The organization Community Voice appears to be taking donations from developers and other influential people in Poway. Those dollars are provided to the San Diego Police Officer’s Association who use those funds to create attack ads on specific candidates.

We took so many great questions from the audience including conversations about the Martincoit-Stone Canyon intersection, district boundaries, the Poway Senior Center, and if Poway’s slogan “The City in the Country” still matches with today’s reality.

Tony was a small business owner and wants to see greater support from the city, or at least a reduction in red tape that slows businesses down. We discussed the plight of a fish market that is struggling to open his business but has been waiting on city inspectors to approve their permits. Tony Russo wants to support small businesses in Poway.

We also discussed the issue of water rates, the Poway boil water ordinance, and the new water infrastructure project.

Tony Russo is a family-oriented person. He talked at length about the joy he gets from supporting his three children, his involvement as a youth sports coach, and special memories of his mother.

Thanks to the livestream audience for so many great questions and comments. We value your input!

Get proven and easy-to-implement strategies to build your business and pursue your happiness. Sign up now. It is FREE! https://johnrileyproject.com/