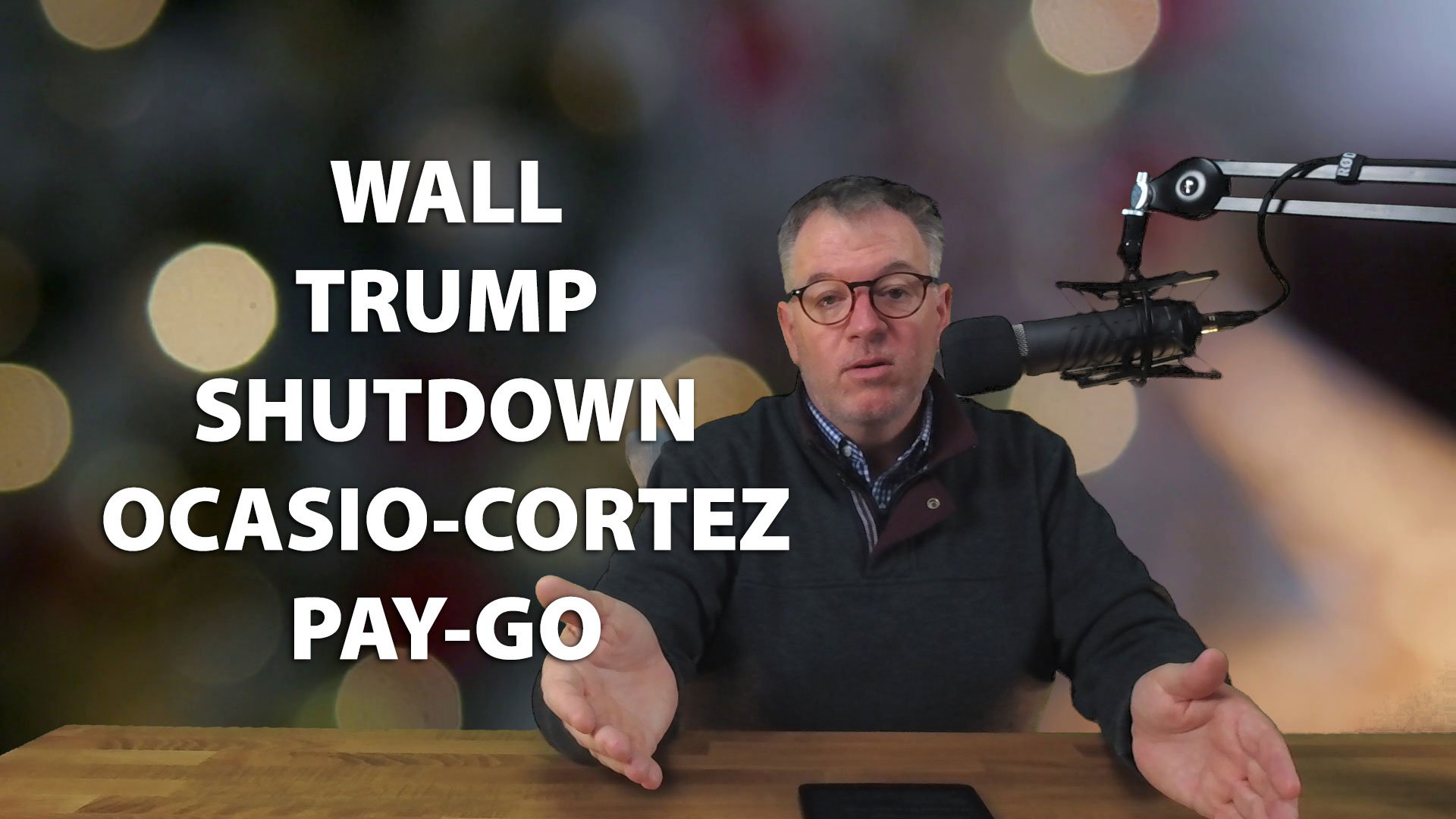 We get into a long list of national news issues including the wall along the southern border, President Trump, immigration policy and the federal government shutdown. We spent time discussing Alexandria Ocasio-Cortez, Pay-Go, the Green New Deal, Medicare-for-All and much more.

The border wall is political theater. Trump is playing his base. The $5 billion spending plan is 1/1000th of the federal budget but only covers approximately 200 miles of the nearly 2000 miles of the southern border. The purpose of this issue is to divide the nation, fire up his base and serve as a distraction to far larger problems facing the Trump Administration.

I explain this in more detail in this podcast as well as get into issues with the government shutdown, how the government shutdown is not a shutdown, national parks, hypocrisy by both Republicans and Democrats, the Washington Monument Syndrome, Alexandria Ocasio-Cortez, her objection to Pay-Go, immorality of adding more debt, her proposal for a 70% top marginal tax rate, Green New Deal, Medicare-for-All, Republicans falling into trap of mocking AOC, GOP failure to engage in a battle of ideas on moral grounds, the importance of wedge issues and the similarities of the two parties.